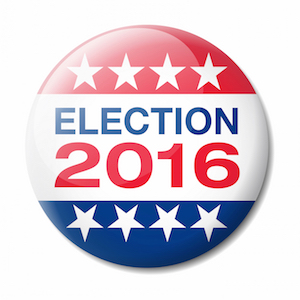 For many people it is considered the Super Bowl of politics … Tonight will be the first presidential debate between Hillary Clinton and Donald Trump, which promises to generate a large audience record. All looks around the world are placed upon them, event which I will live directly from New York, where tensions are already evident everywhere, also due to the exceptional security measures reinforced within the last hours. Without any doubt, the formats of these debates have substantially changed since the first televised debate relayed in the United States, a September 26th, in 1960, between John F. Kennedy and Richard Nixon. The points of interest are also different, now the balance leans towards personalistic aspects of each of the candidates, beyond the usual notable ideological differences between Republicans and Democrats.

That marked personalistic feature of the debate  will be the one to favour or hurt the contrary, according to the argumentario presented and many other criteria, which are those that will be reflected almost simultaneously in the election polls. One night in which the slightest error will be paid dearly to the electorate … We’ll see how it goes!

Would you work on your project? ... Let's talk:

This website uses cookies to improve your experience while you navigate through the website. Out of these, the cookies that are categorized as necessary are stored on your browser as they are essential for the working of basic functionalities of the website. We also use third-party cookies that help us analyze and understand how you use this website. These cookies will be stored in your browser only with your consent. You also have the option to opt-out of these cookies. But opting out of some of these cookies may affect your browsing experience.
Necessary Always Enabled

Any cookies that may not be particularly necessary for the website to function and is used specifically to collect user personal data via analytics, ads, other embedded contents are termed as non-necessary cookies. It is mandatory to procure user consent prior to running these cookies on your website.